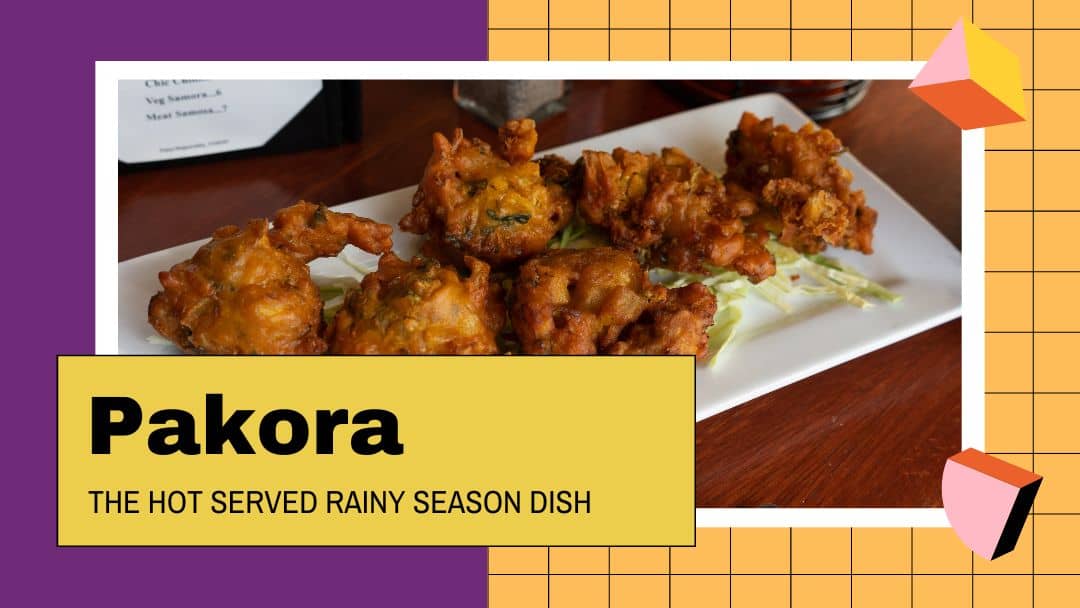 In India, the rainy or the monsoon season lasts from June till September. This season brings the most happening people together. In these situations, most Indians like hot savory snacks with a hot tea or coffee cup. Pakoras are the most famous for being the best Chai Companion on your rainy days. Some people also associate pakoras with their happiness while associating rainy days with their hardships.

Pakoras are like Fritters, sure, but they have significant differences. Fitters are made with batter, breaded, or dough coating, but Pakoras are not so. Pakoras are made of Gram flour mixture containing various kinds of veggies or meat, Indian spices, salt, and green chilies. The unique part about pakoras is that they are a hot savory Indian snack, but the addition of ‘jeera’ or ‘ajwain’ makes it easily digestible. The most famously eaten Pakoras in India are Shallot Pakora, Paneer (Cottage Cheese) Pakora, Palak (Spinach) Pakora, Cauliflower Pakora, Eggplant Pakora, Bread Pakora, Daal Pakora, and Mixed Pakora. Baking powder also adds to its softer interior while it stays Crispy from the outside. It is a fun Indian Snack, but this Indian Dish is an excellent way to make children eat a good amount of veggies in the form of homemade junk food. Its versatility also allows it to be eaten as an appetizer!

This Indian Street Food, sold in the Indian Subcontinent as a spicy fritter, was invented by an Indian in the Peshawar Restaurant in the year the 1930s. At that time, there were no fried snacks on the menu of the Peshawar Restaurant, which urged him to make a batter-fried chicken and serve it as chicken Pakora. He had originally used Tandoor spice marinated chicken to create this Indian Food invention. But the only Non-Vegetarian Pakora in the Indian Cuisine mostly accepted by the Indians is the Moti Mahal Chicken Pakora, invented in the 20th century.