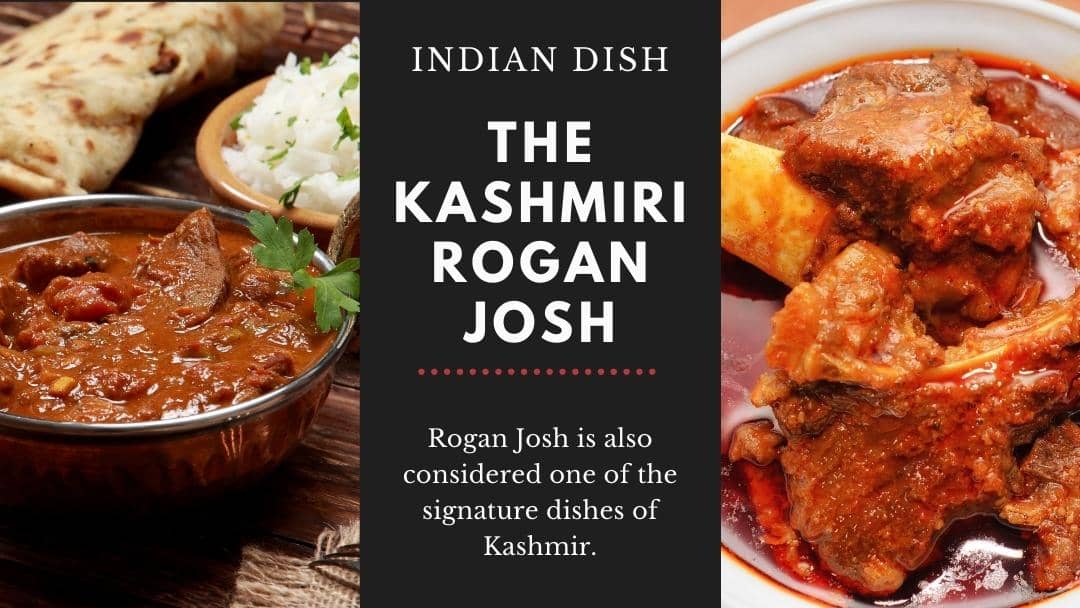 As the name suggests, Rogan Josh is a dish that originated in Kashmir. The dish Rogan Josh or Roghan Ghost is a very aromatic curried meat dish. The Indian dish uses red meats like lamb, mutton, or goat. The proteins are made with colored and flavored alkanet flower or alkanet root along with Kashmiri chilies. The characteristic red color of the dish is said to be a natural color, resulting from the dried flowers or root of the rattan jot. Rogan Josh is also considered one of the signature dishes of Kashmir.

‘Roughan’ in the ‘Roghan Ghost’ means ‘Clarified Butter’ or ‘Oil’ in the Persian and Urdu languages. ‘Jus’ or popularly pronounced as ‘Josh’, on the other hand, is said to mean ‘stew’ or to ‘braise’. All the top Indian Restaurants have this on their menu, but ours, Little India, specializes in the dish that will take your tongue back to the Indian Subcontinent. At our restaurant, serving various Indian food options, we firmly place the Kashmiri Rogan Josh in the medium heat category. Rogan josh is a solid four on the scale of 10, which is the hottest. The Lamb Rogan Josh by Little India also includes chilies in a quantitatively lesser form than the Vindaloo. The ‘Rogan’ in this Persian-inspired Indian dish means ‘oil’ which mainly indicates the usage of clarified butter in a hefty amount compared to the normal refined or vegetable oil. Rogan in Irish also means “‘grandson (or descendant) of red-headed’, and a similar word ‘ruadh’ means ‘red’.” The ‘Josh’ on the other hand means ‘heat, hot, boiling or even passionate’, which indicates that the Indian dish being prepared a high heat. The Indian Rogan Josh is aromatic with spices like cinnamon, cloves, and cardamom, whilst the base flavors and the deep color is due to the presence of deseeded Kashmiri paprika, onion, garlic, and ginger. But of course, the Clarified butter, famously known as ghee in India, is the main reason for the enhanced flavor of this Indian dish. Because of the summer heat, it is said that the Mughals frequented Kashmir with this rich, savory, and heat-filled dish.

In Kashmir, the Rogan Josh is considered a staple of the Kashmiri cuisine as well as is included as one of the main dishes of a Kashmiri Multicourse meal or Mazwan. Sometimes also referred to as ‘Mezwani’. People in India often use goat instead of mutton because it is more readily available in most places. Many places in India have also known to use beef or brisket to make this delicious Indian Delicacy. The most fantastic thing about this Indian Food option is that it brings two diversely different and religiously opposed main sectors of society to fall in love via the food way. There is a saying in India that perfectly applies to this matter: ‘The way to the heart is through the stomach’. This means that to become a permanent remainder in a person’s heart, you need to quench the person’s hunger for taste. The most significant preparation to prepare a Rogan Josh between a Hindu and Muslim is that the Muslims use praan, a localized form of shallot along with the petals of maval and the cockscomb flower for the rich natural coloring with garlic, onions. The addition of yogurt may also be incorporated, which not only plays to enhance the flavor of the dish furthermore but also gives additional body to the dish. Come experience this excellent Indian food at Lakewood, Colorado – here at Little India!