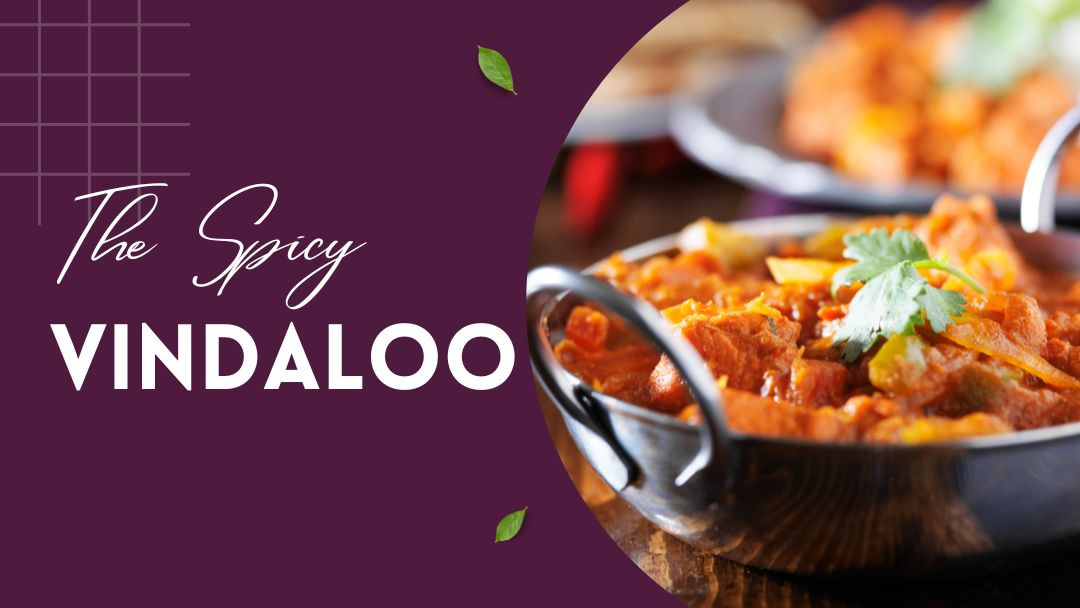 Often blowing off the minds and smoking up your ears and tongue, the Vindaloo is a dish with numerous spices alongside rice and Indian salads. Vindaloo is considered one of the hottest curries in the world. It also holds the title of being the hottest curry among other top spicy Indian dishes. It is a Goan dish inspired by the Portuguese Came de Vinha D’alhos, meaning ‘meat in garlic marinade.’ This is because the meat of the Indian Dish usually used to be marinated in vinegar and garlic. The British Indian form of Indian Foods has conquered the market by storm. The British Indian version of Vindaloo calls for the meat to be marinated in vinegar, sugar, fresh ginger, and spices, then cooked along with more spices, as opposed to the generic Portuguese method of margination in vinegar and garlic. This Dish is often regarded as being fiery and spicy. Traditionally, pork is the main ingredient of the Indian Dish called Vindaloo. But the use of beef, mutton, prawns, chicken, and vegetables has become prominent.

Bringing to the American market, the Vindaloo has gone some tremendous changes have been adapted during the procedure. In the British Asian version of the Dish, the addition of vinegar, potatoes, and chili peppers, makes it spicier than the regular medium spicy. The British Bangladeshi form of the Dish is known as tindaloo. But that is a totally different dish altogether. In England, Vindaloo is considered as being the tongue-searing curry with the changing times. It is said, that the Indian Dish made its way to India in the 15th century.

The Vindaloo is said to be a dish with surely came with the Portuguese explorers but was tweaked to suit the local conditions when it arrived at the Western Indian ports. There was no wine or vinegar and so, the fermentation process was carried on by using the palm wine, even by the Franciscan priests. The local ingredients included tamarind, black pepper, cinnamon, and cardamom. But amongst all these the use of the chili peppers remained prominent. Even today in most Indian Restaurants in Denver, Colorado, these ingredients have remained the same. The Portugal Empire has been known to use Chile peppers prominently in their dishes, which used to be imported to India from the USA. After the British occupation of the Indian Subcontinent, from 1797 to 1813, the combination of the Indian dishes alongside the British taste buds was enjoyed thoroughly. Not only the East-meets-West food was relished by the British, but also the Christian Goan cooks were free of caste and religious restrictions, which made it possible for them to cook both beef and pork. These were savored by the expats.

In early British India, cookbooks also were very popular and vindaloo recipes remained close to the Goan original dish. But when it was exported to England, the Indian Dish gradually was transformed and made into another hot curry dish. The tang of the vinegar had also been lost and had been replaced with the practice of marinating the meat. The balance of the different spices in this Indian Dish was lost due to the excessive use of chilies and then the Dish was considered a hot dish. Even to date, Goa has many versions of these Indian Dishes along with the use of cinnamon and cardamom giving the earthy tones with the heat kept in check.

The best Indian Restaurants in Denver, Colorado, prepare Vindaloo by mixing cubed potatoes, which not only reduces the preparation costs but also adds a starchy texture and a subtle taste that helps eat the hot Indian Food. Find your kind of Vindaloo curry at Little India, Denver.