Naan is not a Pita? 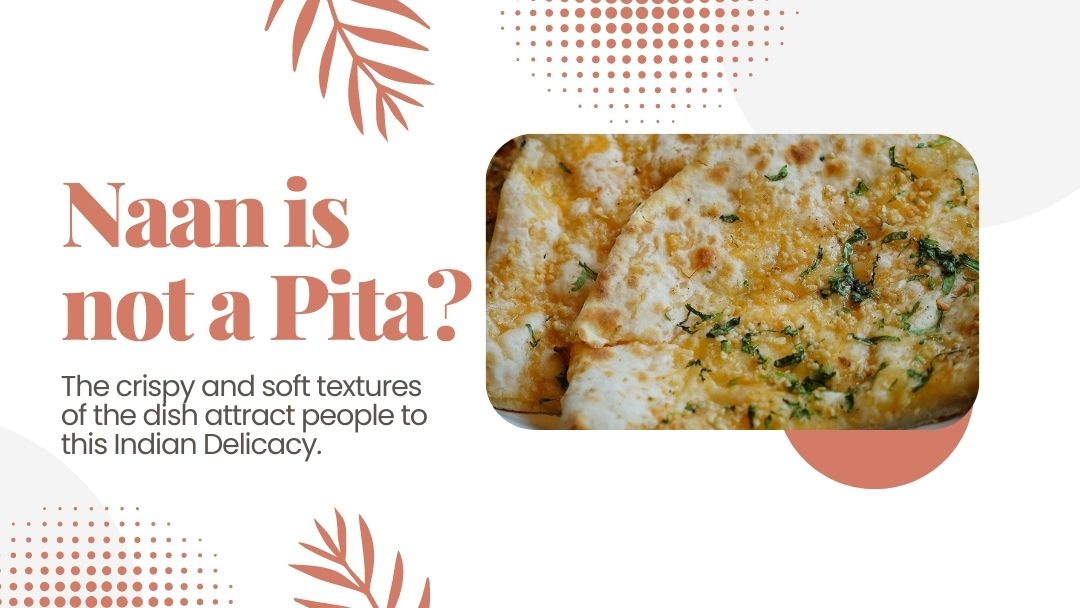 Naan is not a Pita?

Greatly gaining popularity in this Digitalized world where YouTube has attracted many food bloggers, Naan is often compared to a Pita bread. Sometimes it is also mistaken to be a Pita Bread. Naan is thicker and enriched, which makes it softer than normal bread. These carbohydrates filled a key source, originated in India, and are very common in the Caribbean and South and West Asia.

Naan is made from a mixture of flour, water, yeast, milk, yogurt, oil, or butter. Sometimes, it also has some added ingredients like eggs, onion, Black cumin, and other Indian Spices. This mixture is rolled into a dough and kept in a damp cloth, after which it rises and the yeast gets time to culture. By doing so the dough rises and is then kneaded into a huge softball. This is then divided into small dough balls, which is then rolled out and put inside an oven-like structure called ‘Tandoor’. The intense heat of the tandoor – which can be replicated in the modern-day hot oven; cooks the Naan. This Naan is then lathered with ghee or salted butter, which softens the fluffy Naan from the outside. The crispy and soft textures of the dish attract people to this Indian Delicacy.

Variations of Naan can be found from the Indian Subcontinent to Central Asia and the Middle East. But a naan is the basic type of bread that fills your stomach and your soul! Find the best food in Denver, like the Naan at Little India. On most occasions, Naan is served with gravylicious dishes like Butter Chicken, Fish Gravy, Chicken Curry, etc. We definitely recommend you try out the various naans with Little India’s Lamb Masala, Chicken Korma, Butter Chicken, or our favorite – Combination Curry! Gravy-filled food is definitely the best Naan companion. Naan is a versatile Indian Dish that can be paired alongside various Indian Curries and Tandoori Dishes. The Naan is typically an Indian Lunch or Indian Dinner option often served at various Indian Restaurants in Denver. But to experience the best Indian Food in Denver, choose the best Indian Restaurants near you. The warm and cozy Indian Restaurants will serve you some of the top-rated Indian Delicacies in Denver, Colorado.