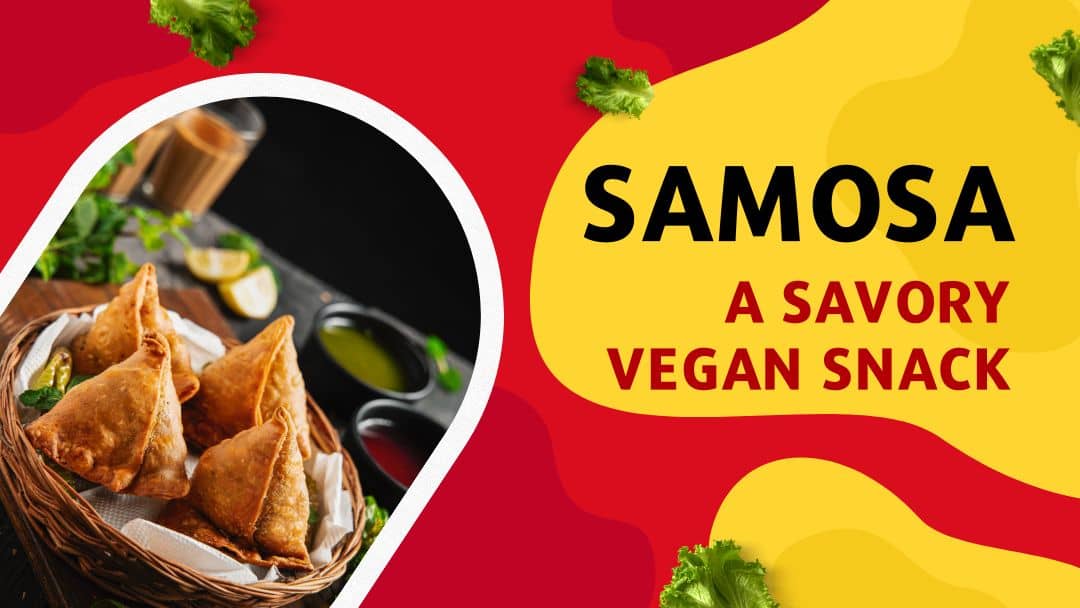 Samosas are a vegan dish that is a perfect option for healthy junk food. Its versatility is what attracts people in the US. Samosas can be served as an appetizer, a snack, or an entree; they are most popular in South Asia, the Middle East, Central Asia, East Africa, and the Diasporas worldwide.

Wrapped in a blanket of lightly salted dough, the savory snack filling is very fragrant with peas, coriander, and spiced potatoes. The addition of onions and chilies is also a common practice. The savory filling is filled in the dough in the form of a triangle, cone, or a half-moon, then shallow-fried or deep-fried till golden brown.

Samosa is a word derived from the Hindi word ‘samosa’. Samosas can be dated back to the 10th through 13th Century. The earliest mention of this Indian Snack was by Abbasid-era poet, Ishaq-al-mawsili. The Arab cookery books also mention the samosa as sanbusak, sanbosaj, sanbusaq, and sanbusag in Persian. In the 16th century the Indian Snack was very popular, but by the 20th century was only in certain parts of this brilliant Indian Snack Dish. The East and Central Asian kitchens welcomed the samosa in the 13th or 14th centuries. A scholar named Amir Khusro, wrote in his poem about how the samosa was prepared with a type of protein, ghee, onion, etc.

The Samosas are usually served with tangy and sweet dipping sauce. You could also go for the green chili sauce. The different Indian States have different variations of samosas. Some belong in the Vegan Menu and some are surely the meat options. In the states of Andhra Pradesh, Karnataka, Kerala and Tamil Nadu; the samosas are made like a Portuguese chamuças with a different pastry style. The filling of this Samosa variant has spiced mashed potatoes, green chilies, curry leaves, cabbage, carrot, peas, and fried onions. In the city of Hyderabad, India, the samosas are a bit smaller, packed in a thick pastry crust with minced meat filling which is known as Lukhmi. Yet another variant of lukhmi is filled with an onion filling. You could also find noodle samosa in some Indian Restaurants in Denver, Colorado. You can order this delicacy from Little India in Denver for your next snacking spree!