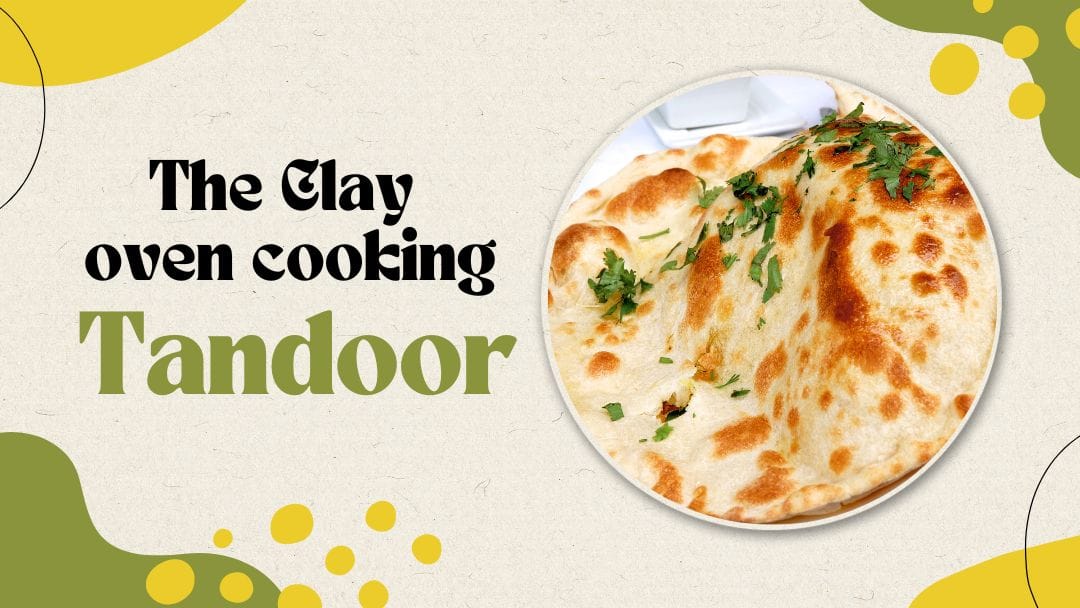 Cooking in a Tandoor oven is a method to cook various edibles with fire and high heat inside the Tandoor. Tandoori cooking was traditionally associated with Punjabis. After the partition of India and Pakistan in the year 1947, the Punjabi Sikhs and Hindus resettled in Places like Delhi. After that, Tandoor cooking became popular in the mainstream. This cooking method is embraced and practiced by the Punjabis even to date. In rural Punjab, The traditional Tandoor is still used in making different Indian Delicacies. Some village areas have a communal tandoor for much better usage and less wastage.

A Tandoor is also known as Tannour. It is a cylindrical clay or metal oven used for cooking and baking. The Tandoor is thought to have originated in Rajasthan, India, due to the archeologists finding Tandoor remains dating back to the 2600 BC. The Tandoors were used for baking flatbread, the Indian roti, Afghan naan and Turkmen Chorek. Tandoor cooking is now used in Southern, Central, Western Asia, and the South Caucasus, for cooking various kinds of Indian food. The Tandoor exposes the uncooked food to live fire in the Tandoor, with the radiant heat cooking and hot air, convention cooking, and smoking in the fat and food juices that drip on the Charcoal or Wood fire. The heat inside the Tandoor can reach up to 480 °C (900 °F).

It is also amazing that the tandoors can remain lit up for long periods, which is why it is very favorable for cooking food in high-temperature cooking. It is also thought that tandoor cooking is a traditional type of makeshift earth oven and horizontal-plane masonry oven. The traditional Tandoors are still used in most Indian restaurants in Denver for that authentic Smoky savory flavor, while the modern smaller tandoors and electric tandoors are used in many Indian Homes and in households that like to eat Indian food.

There are 5 types of tandoor ovens predominant in the culinary world. These are the Afghan Tandoor, the Punjabi Tandoor, Armenian Tonir, Azerbaijani Tandir, and the Turkmen Tamdyr. The most famous Indian dishes cooked in these Tandoor ovens are the Tandoori roti, Tandoori naan, Tandoori laccha paratha, Missi laffa, the Tandoori kulcha, Tandoori Chicken, Tandoori Aloo, Chicken Tikka, Tangri Kebab, Paneer kebab, Seekh kebab, and the list goes on. Try out these Tandoori delicacies at Little India Denver to experience the best Vegetarian Indian Food and Authentic Indian Food near you!